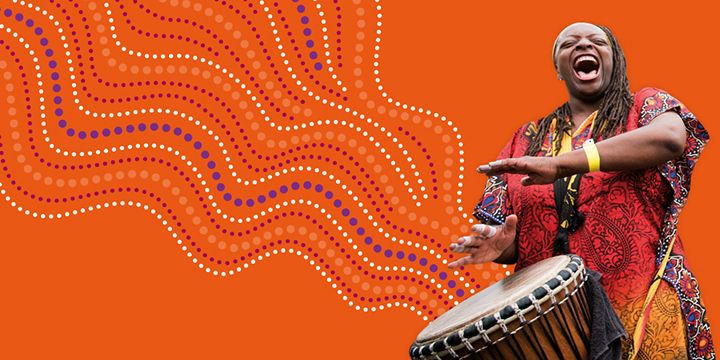 The spirit of Africa had taken over the Trafalgar Square this black history month where a daylong festival was celebrated to display the many facets of this huge continent.

London has always been a home to the African communities that represent the continent’s five regions – East, West, North, Central and the Southern part of Africa.

It was confirmed in the findings in the 2011 Census, that this particular group is flourishing in London.
Seven per cent (600,000) of London’s eight million residents are Africans with significance to the Congolese, Somali, South African, Kenyan and Ghanaian communities.

The largest overseas Nigerian community in the world is said to be in London.
On The 11th October many people around London at the Trafalgar Square saw Africa on the Square. Africa on the square is a very new event organised by the Mayor of London for the Black History Month.

Many African drummers performed at the event with music from Deele Sosomi Afrobeat experience Aar Maanta, acrobats and also a talent show for future stars. All things African were celebrated in Africa on the square with food stalls, a market selling African products and workshops for families. As always Casablanca Hire was the first choice of many stall owners to hire equipment.

Africa on the square was a free event sponsored by Air France, Lebara, Tolly Boy, The Voice, British Transport Police and many others. Capital Xtra’s radio DJ Abrantee and Usifu Jalloh, the Cowfoot Prince hosted the event. As soon as you cross security and enter through the barriers you get smell of African food in the air and all the stalls on the left and right selling African wear start greeting you.

Africa on the square drew a multicultural audience from all walks of life as it was being held at Trafalgar Square and was a free music event. Mamas Kitchen, Zoe’s Ghana Stall had their stalls lined up too. There was fresh coconut water being sold and plenty of options available for the vegetarian lover. Can you imagine a big line for the food like any festival, and after you queue twice, the food is finished.

The African community in this country will get more cultural identity after this event. The Mayor of London Boris Johnson has facilitated something very fascinating. This event has help to break down the barriers and misconceptions that many people have about Africa. Africa on the square is a unique event to help emerging musicians, fashion designers, and musicians to perform and display their talent in an historic environment.

Casablanca Hire has been very proud to be a part of this historical event.